The word serendipity originates from an ancient folktale about the three princes of Serendip – the Persian name for Sri Lanka. This had, from the time I heard it, become one of my favorite conversation starters. It was thus a happy coincidence that my partner and I decided to visit the island nation for our first vacation as a wedded pair. Our trip took us through the cooler climes of Kandy and the hill-station of Nuwara Eliya to the hot and humid beaches of Unawatuna and Bentota. It was a much-needed break after the madness of an Indian wedding spanning three cultures, three cities, and five functions.

Our first stop was Kandy, a world heritage site, where there’s a lot to see and do. We walked through the botanical gardens and had our first taste of the local beer at a rooftop restaurant in the middle of Kandy town – at the Kandyan Arts Residency. I highly recommend the lunch buffet, and the wide variety of rice, curries, pickles and chutneys they have on offer. 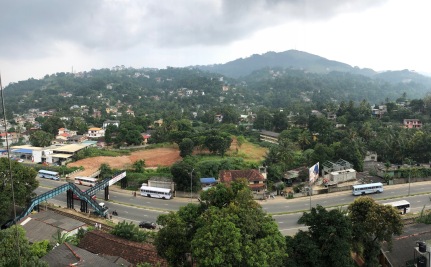 View from the Kandyan Arts Restaurant 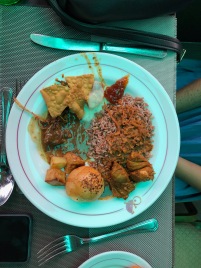 From Kandy, we made our way to Nuwara Eliya, a hill station that enjoys a moderate temperature throughout the year. The town itself is beautiful and has an old-world feel to it; a lot of the colonial structures that dot the townscape have been converted into hotels. We stayed at one such property called St. Andrews, owned and operated by one of Sri Lanka’s leading hospitality companies – Jetwing. 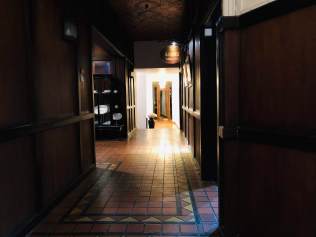 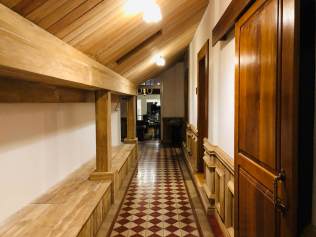 Things to do here include visiting the Seetha Amman temple and taking a stroll along the banks of Lake Gregory. There’s also a place called Adma Agro along the lake which sells fresh strawberries, and for those adventurous enough to try it, a strawberry pizza. The locals are comfortable with colonial names, quite unlike their Indian counterparts, and are extremely proud of their heritage. 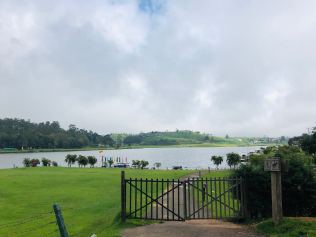 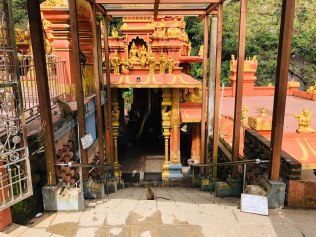 Entrance to the Seetha Amman temple, where Sita was help captive

Our next stop was Unawatuna, a five-hour drive from Nuwara Eliya. We stayed at a place right on the beach, and spent our evenings drinking and reading. We signed-up for a whale watching expedition in Mirissa, about an hour’s drive from Unawatuna. We were fortunate to spot a humpback, but the entire experience felt extremely commercialized and expensive. Galle Fort – about 15-20 minutes from where we were staying – is a must-visit attraction. Built by the Portuguese and the Dutch, it is often billed as one of the wonders of the modern world and has an abundance of restaurants and hotels within its ramparts that one must try. 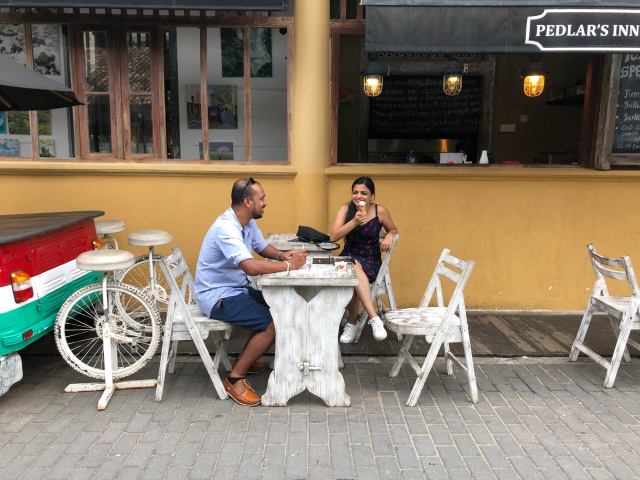 My partner and our guide enjoying a gelato inside Galle fort

Our final stop was a place called Saman Villas – a high-end, boutique property in Bentota. Perched on a rock jutting out to the sea, the views and vistas from its infinity pool, restaurant, sunset bar, and the library were stunning. We stayed for two nights here, in a deluxe room with a private pool – overlooking the beach. Our room was spacious, well-designed, and equipped with a state-of-the-art entertainment system (48-inch TV, high-end Yamaha speakers), and a bath area that looked like something from a movie set. 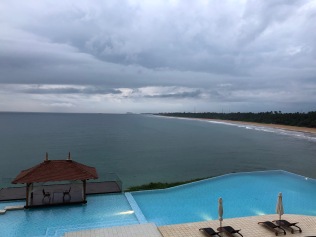 View from the sunset bar at Saman Villas 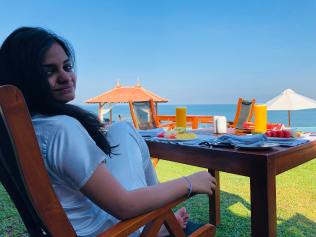 We tried jet skiing, snorkeling and visited a gemstone mine here in Bentota. There’s a theory that the name Lanka is derived from a Tamil word which means “to shine” and is a reference to the widely – and naturally – available gems on the island. Lanka has also been associated with prosperity in mythology; Kubera, the lord of wealth, was supposed to have ruled over the island, and his half-brother Ravana’s capital city is often referred to as one built from gold. It is ironic that the country saw itself in a bit of an economic crisis in 2016, following the infrastructure boom post the tsunami of 2005.

I always wondered why the lion played such an important role in state symbology not just in Sri Lanka but across South East Asia in general, when in fact, India is the only place where one can find this carnivore. The references are clear and numerous: the lion on the national flag and the national emblem, the four ferocious figurines guarding the statue of Sri Lanka’s first Prime Minister at Independence Square in Colombo, the term ‘Sinh’ in Sinhalese. We were told that this was a reference to the first king of Lanka, and his lion-like ancestry. 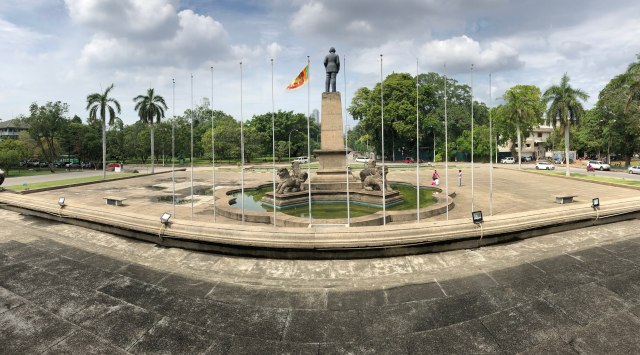 One of the things that stood out for me on this trip was the food; while rice and coconut have a heavy influence on most vegetarian preparations, the sheer variety of items that one can sample is mind-boggling. Do try the Arrack with ginger beer, the Kottu, coconut roti with chutney, and the Watalappam. Do let me know if you wish to see our detailed itinerary, in case it helps you plan your trip. Bon voyage. And bon appetit! 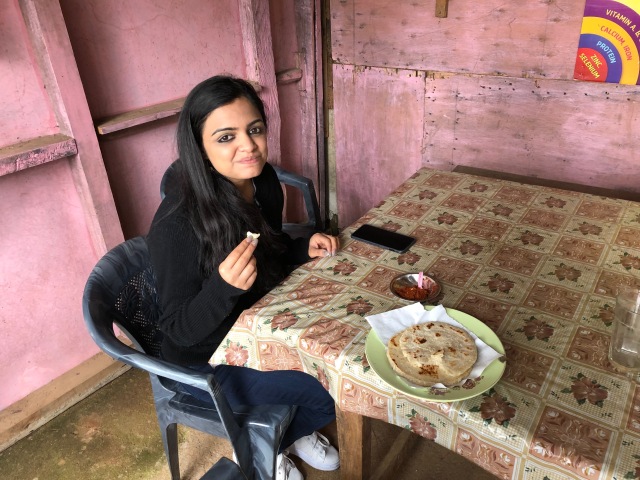 My partner, enjoying freshly made coconut roti, on our way to Nuwara Eliya.

With a rating of 4.6 on #goodreads, Patrick Keefe's The Empire of Pain is the best and one of the highest-rated books I have read this year! Written in language that makes it extremely accessible, the book chronicles the story of the family behind #OxyContin and the #opioidcrisis in #America. Keefe covers four generations of the #Sacklers and documents the greed and denial they embody, keeping their company and the drug at the center of the story - a no small feat by any measure. The author punches above his weight and manages to shatter a name that adorns some of the biggest museums and schools in the world. Keefe is meticulous in his research, and the book itself is well-paced, effortlessly moving through a period of about 107 years. He manages to highlight the insatiability that has come to define #bigpharma in particular and #capitalism in general, and is convinced that the Sacklers, while not the only guilty party in the opioid crisis, have a disproportionate burden of the blame to bear. Their fortune is #bloodmoney made from peddling a drug they knew was addictive for as long as they could before the patent protections ran out. A fantastic read to round out a crazy week!
Same content, different platform! Post for posterity! 🤭
I took this #silhouette on one of my treks in the #Garhwal region of #Uttarakhand. I remember spotting our guide at the edge of the camp just as we were finishing a meal and about to retire for the evening. I often revisit these memories, telling myself that I’ll return someday.
#throwbackthursday review of a highly-rated book and a personal favourite that I’d first posted three days before #India’s first #lockdown in 2020. As an investor, I stay away from sectors I don’t understand fully and the Indian #pharma industry represents one such area.
#happyindependenceday! Here’s the #India section from my library. I recall a part of the prologue from Ramchandra Guha’s #indiaaftergandhi where he says that the #British did not think democracy could survive in India. The thinking then was that the country was too disparate and her states were too dissimilar culturally for there to be any kind of a common governance framework. We’re still as dissimilar, and we’ve made it to 75. Upwards and onwards! #jaihind 🇮🇳🚀
When you’re shooting your book and your favourite people walk into the frame to remind you of everything that is simple, beautiful and pure! @sagarjain999
I wonder what masochistic sorcery drives me to pick up books on topics that clearly leave me exhausted and drained. Especially if it starts with these words: “It is worse. Much worse than you think.” To say that David Wallace-Wells’ The Uninhabitable Earth is an essay that explores a world worsened by climate change is an understatement. Using language that conveys earnestness, alarmism and cynicism, he paints a grim picture 80 years into the future at different stages of warming.
Here’s another picture I took on the same trek to Kuari Pass (also called Lord Curzon’s trek) in 2011. I remember stopping at this small shanty by the trail on our second day for a cup of hot tea and… Maggi! I asked if I could shoot a few pictures and he threw this pose :)
Notes on a Nervous Planet, as its name suggests, is a notebook where @mattzhaig has scribbled his thoughts on depression and anxiety. It is a running commentary – a monologue – on the usual suspects that have made us more nervous than we ever were: smartphones, social media, news, marketing that panders to our insecurities, lack of sleep, work.
Michael Lewis’ The Premonition is more drama and less science. It reads like a screenplay or a script for a movie than an honest attempt at educating the public about the real heroes of America’s fight against Covid-19. In his effort to make the content more accessible, he chooses to focus on the frivolous, ignoring the role and the expertise that this ragtag bunch of misfits brought to the fight – for about half the book. It felt like a Marvel formula: introduce each character with an elaborate backstory that explains why they are where they are, and then weave it all together in a fight against a common enemy – the CDC and its incompetence, and the Covid 19 pandemic.